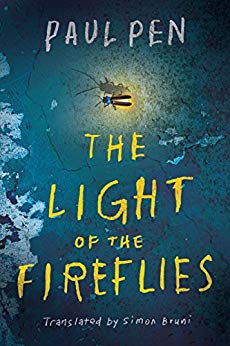 In addition to the emotional crap this book shoots right out the gates, there are a lot of disjointed realities presented in the first two chapters.  The world is supposedly destroyed and inhabitable.   Yet, the family has water, electricity, fresh food, crayons, colors, and even a cactus.  Where does that stuff come from?

No one has a name in this book and each person is referred to by their station in the family.  Father, Mother, Sister, Brother, Grandma, The Baby.  It’s hard to empathize and connect with a bunch of nameless characters.  It’s also odd to imagine seven people existing in such close quarters without ever using one another’s names.

The final straw for me was the fact that the entire plot centered around one character not knowing anything and everyone else knowing everything.  Even after two chapters, it was obvious this was a book of waiting it out and following crumbs throughout each chapter to piece together the story.  I absolutely hate when entire plots are written around a single character (or in this case a group of characters) who knows everything and the reader and/or main character are left to fit the pieces together.

Yes, I know many mysteries and dystopian books utilize this method.  However, in The Hunger Games, Ender’s Game and The Maze Runner, someone else knowing what is going on is part of the surprise of those books.  The same is true for most mysteries.  Gone Girl definitely utilized this method, but that book was VERY well done and the reader watched the story unfold from the knowing person’s point of view, which is what made it such a fantastic read.

0 stars for this book.

Until next time, happy reading and cheers!